The first panel of debates of the BMM brand within the Central European Gambling Summit 20 program to be held in Bucharest between March 10 and 11 in the luxurious halls of the Magic Place Grant will be moderated by the well-known André Wilsenach, Senior Vice President for Government Relations of the BMM International.

The session is dedicated to the conformities of the gambling industry and has the suggestive name of: REGULATORY COMPLIANCE, A NECESSARY EVIL OR CULTURE?

André’s career in gaming began in 1995, when he was appointed to the South African Lottery and Gambling Committee, which was set up to advise the Mandela government on legalizing gambling in South Africa.
From 1995-2000 he was executive officer of the Mpumalanga Gambling Council, while he was a member of the National Gambling Council.
In 2001, he was appointed the first executive director of Zonke Monitoring Systems, a private company created to provide electronic monitoring services to the National Council for Gambling in South Africa.
In 2002 he was appointed executive director of the Alderney Gambling Control Commission, which regulates online gambling.
In 2016, he joined the University of Nevada Las Vegas to set up the International Game Regulation Center. He held the position of Executive Director of the Center until the end of 2018.

Together with André Wilsenach, keynote speakers from both the country and abroad confirmed their participation in this panel to discuss this important topic.

Those interested in participating must complete the Registration Form below.
Registration-Form-CEGS 20

Throughout the two days of the event, a boutique-style B2B exhibition will work in parallel.

Andrei Frimescu, moderator of a panel at CEGS20

Alexandru Petrescu is a panel moderator at CEGS20

Bogdan Coman is a panel moderator at CEGS20

Dan Iliovici, moderator of a panel at CEGS20 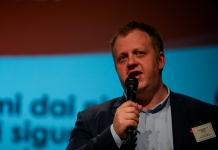 Cornel Hodorogea will moderate one of the CEGS20 panels 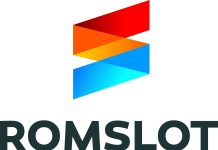 Final of the 2020 edition of the ICE London exhibition