Is the special regulations a model of good practice?
The practice of gambling in 2020 Article from the series „Gambling practice”, by Anchidim Zagrean, vice-president ROMBET

Lately, in the various meetings organized in the country or abroad, it is increasingly discussed that the special regulations, regarding the organization and exploitation of gambling in Romania, would be a model of good practices, at least at European level.
Whether this statement is true or not, whether it is confirmed in practice or not, I think anyone will be able to judge and conclude after a brief synthesis of the unclears, inconsistencies with other legal provisions – national or community – or simply because of the lack of foresight of the entire regulatory package regarding gambling activity.
A) Unclear with negative consequences on the whole set of special rules regarding gambling:
1. The main components of this particular field of activity, with reference to the notions of the main elements, which make up the complete gambling mechanism, have not been clearly defined and explained, with reference to:
– Definition of the amount deposited by the players – with the elements that compose it – respectively: 1 – the stake of the game, as an offer to participate in the gambling; 2 – the income realized by the organizer, as a result of the service provided for the players;
– The fact that the provision of service – in the field of gambling – consists in making available to the players the means of play (main and auxiliary) in order to play the game;
– The fact that the game itself is played only between the players, with the purpose of each one to win the stakes of the game, consisting of their own deposits, without the intervention of the organizers, and the amounts won in the form of prizes, of stakes, are then transferred between them – from those who lose to those who win – through and under the guarantee of the organizers.
2. The conditions under which a gambling organizer may lose the right to organize this activity and how to lose the right to operate, in whole or in part, as a consequence of sanctions have not been clearly established complementary to the legal regime of contraventions;
3. The rights and freedoms of the gambling organizers have not been clearly established, in all that means:
– the right of any person to be heard before taking any individual action that could affect them;
– the right of any person to access his own file, while respecting the legitimate interests related to confidentiality and professional and commercial secrecy;
– the obligation of the administration to motivate its decisions;
– the right to a fair trial, public and within a reasonable time, before an independent and impartial court, previously established by law;
– the fact that any accused person is presumed innocent until proven guilty according to law.
B) Failure to comply with other national or Community legal provisions, with negative consequences for the implementation of special regulations, with reference only to:
– Electronic cash registers – the need to exempt from this obligation for gambling organizers – due to the fact that players are collected from stakes and not income;
– The fact that the gambling activity, which also includes the collection of the amounts deposited by the players, with the two elements that compose them – stakes and incomes – is permanently supervised, monitored and controlled by the special body set up for this purpose;
– The willful lack of clarifications regarding the income realized from the gambling activity, with the maintenance and perpetuation of the confusion, maintained by the authorities, that all the amount collected from the players represents income, for the organizers of gambling although in reality the amounts deposited by the players constitute the stake of the game and only subsequently from the stakes won will be realized the organizer’s income;
– Failure to comply with the principle of proportionality, which is one of the general principles of Union law. It follows from the case-law that national measures likely to make it difficult or less attractive to exercise the fundamental freedoms guaranteed by the TFEU should meet four conditions, namely: they should be applied in a non-discriminatory manner; be justified by objectives of public interest; be adequate to guarantee the achievement of the objective they pursue; and not to go beyond what is necessary to achieve that goal.
According to settled case-law, purely economic reasons, such as promoting the national economy to the disadvantage of fundamental freedoms, as well as strictly administrative reasons, such as carrying out checks or collecting statistics, cannot be overriding reasons of public interest. A measure should be considered appropriate to guarantee the achievement of the objective pursued only if it genuinely reflects a concern for achieving that objective in a coherent and systematic way, for example when similar risks related to certain activities are compared in a comparable manner and when any exceptions to the restrictions in question are applied in accordance with the stated objective. In addition, the national measure should effectively contribute to the achievement of the objective pursued; therefore, if it has no effect on the justification relied upon, it should not be considered adequate.
Purely economic reasons or strictly administrative reasons are not overriding reasons of public interest, which justify a restriction on access to the provision of a gambling service.

C) Lack of foresight, for all that means the package of special regulations, by the fact that the principles of the quality of the legal norm were not respected by:
– Lack of adequate protection measures against arbitrary;
– Lack of precision to ensure predictability and to allow for behavior and behavior regulation.

Instead of the epilogue:
The Constitution of Romania – “As a result of accession, the provisions of the constitutive treaties of the European Union, as well as the other mandatory Community regulations, have priority over the contrary provisions of the internal laws, while respecting the provisions of the accession act”;
Legislative technical norms “The normative acts must be drafted in a specific normative, concise, sober, clear and precise legal language and style, which excludes any ambiguity;
The draft normative act must establish necessary, sufficient and possible rules that will lead to the maximum stability and legislative efficiency. The solutions that it contains must be well-founded, taking into account the social interest, the legislative policy of the Romanian state and the requirements of correlating with all the internal regulations and harmonizing the national legislation with the Community legislation and with the international treaties to which Romania is a party, as well as and with the case law of the European Court of Human Rights.”

The practice of gambling in 2020! We return with other opinions, in the next issue of the magazine …

About self-exclusion in gambling 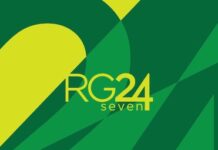 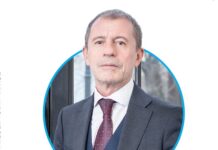 Responsible Gaming – from slogan to action

The practice of gambling in 2019

The practice of gambling in 2019

How is technology reshaping the gambling industry?