Deadline is December 15 for operators to adapt to the rules for the future regulated igaming market in Germany.

Existing igaming operators in Germany have been given a deadline until December 15 to adapt operations to the new regulatory conditions proposed in new gambling regulations due to come into force next year.

Germany is due to officially launch its regulated igaming market next July after states ratify the new interstate treaty on gambling.

However, Germany’s federal states have agreed a transition period to allow operators that already offer products outside of the regulated market to continue to operate provided they implement the future regulations.

They had initially been given just two weeks until October 15 to adapt to the rules, which include a €1 per spin stake limit, five-second intervals between spins, a ban on multiplay and a €1,000 monthly spending cap, which only select players can request to have raised.

Advertising online casino products will not be allowed.

Operators had said that it was technically impossible to make complex adjustments to their platforms in such a short timeframe, but they will now have until December 15 to implement technical changes.

However, it is still not clear what authority will monitor compliance with the rules.

GVC has said it could take until January to adapt its systems, but Tipico says it has already modified its platforms to fully comply with the new rules.

Tipico chief regulatory officer, Karin Klein, said: “The transitional regulation in force […] is an important step towards clear and reliable regulation for consumers, operators and authorities.
It is important that the rules are now also enforced against all market participants.”

As of last week, Darmstadt Regional Council confirmed that under the transition agreement, it had gone ahead and awarded Germany’s first sports betting licences, a move that had been stalled since March due to a legal challenge. 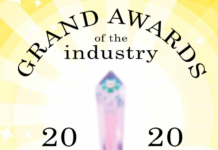 VOTE for the Grand Awards of the Romanian Gambling Industry begins 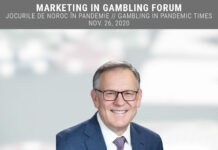 André Wilsenach presentation at the 2020’s edition of marketing forum 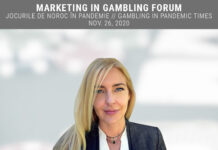 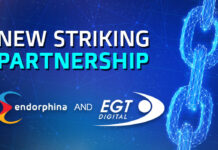 Gabriel Mazilu, keynote speaker at the Romanian Conference on Gambling